The Book of Job - retranslated

There is a new translation of the book of Job. Done by a guy who is a language nerd. 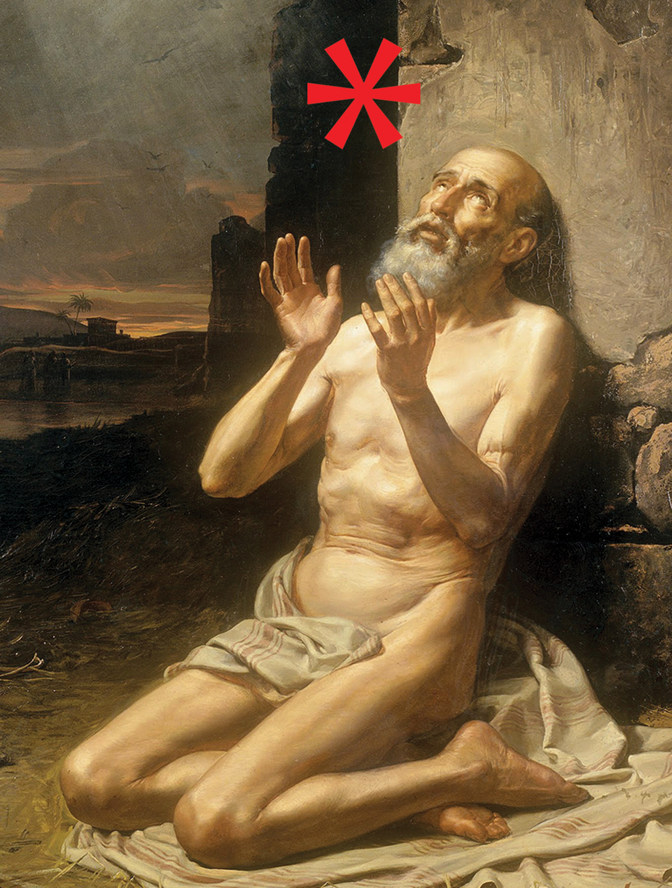 According to the Atlantic article on this, "Edward L. Greenstein’s new translation of the Book of Job is a work of erudition with—as we shall see—a revolutionary twist. A professor emeritus of Bible studies at Israel’s Bar-Ilan University, Greenstein is not going for the deep-time sonorities of the Authorized Version. His language is lumpy with scholarly fidelity to the text."

What is apparently cool about this - is that Job - doesn't say he's sorry to God when God comes down in his fury.

Instead - after saying - I wish I had never been born and life is crap.  And after hearing God say - well - that's just how I roll. Job doesn't repent.  Instead - he says - well then, I feel sorry for everyone.

He doesn't capitulate. He remains defiant. Which is AWESOME!


God's response to this defiance is to restore to Job all he had lost. His friends - who told him to repent are told to go make some offerings. Job - is rewarded for being honest with God.

James Parker, the author of the article, sums up what this new translation means about who God is in this book. "Maybe that’s what this God, faced with this Job, is telling us: Bring it all before him, the full grievance of your humanity. Bring him your condition, loudly. Let him have it."

A more compassionate God - certainly would be more humanistic than an uncaring - demand fealty god
Posted by JentheHumanist No comments:

Email ThisBlogThis!Share to TwitterShare to FacebookShare to Pinterest
Labels: Job

I am not a biblical scholar. I'm just a person who has been reading the Bible from a Humanist perspective to see what I think of it.

But this woman, Professor Francesca Stavrakopoulou, is. And she's an atheist and the head of a theology department at Exeter University.

She's funny and interesting and views the Bible the same way I do. I loved her interview and thought you might too. Obviously - even among Biblical Scholars her views are a bit - controversial, but not as controversial as you might think.

Elisha has one of the children of the prophets go to Jehu, son of Jehoshaphat and pour oil on him and declare he will be king over all Israel and then they fled. He is ordered to smite the hose of Ahab. The dogs shall eat Jezebel and there shall be none to bury her. Jehu goes out to the servants; they blow trumpets and declare him king. Jehu conspires against Joram of Israel, who is in Jezreel heeling. Ahaziah, king of Judah, nephew of Jehu is visiting him. Jehu rides furiously to Jezreel. Joram and Ahaziah come out to meet him and ask him if he is coming in peace. The answer is no. What peace, so long as the whoredoms of your mother Jezebel are so many? Joram flees. Jehu draws his bow and sends an arrow between his arms. It came out through his heart.  Ahaziah sees this and flees, but Jehu follows him and smote him also. Ahaziah flees to Megiddo and dies there. Jezebel is now aware of what Jehu is doing. He looks up to the window of the servants of Jezebel and asks, who is on my side. Two or three eunichs throw Jezebel down. She is trampled under the feet of the horses. Jehu enters the palace and eats and drinks and then tells the servants to bury Jezebel, but there is nothing left but her skull.

Jehu, son of Jehoshaphat kills Jezebel and the other kings and takes over.

2 Kings 9:3 – Then take the box of oil, and pour it on his head, and say, Thus saith the Lord, I have anointed thee king over Israel. Then open the door, and flee and tarry not.

2 Kings 9:33: And he said, Throw her down. So they threw her down: and some of her blood was sprinkled on the wall, and on the horses: and he trode her under foot. (Very graphic, very disturbing)

Ahaziah is the nephew of Jehu. So his brother had become king and he plots against his nephew and when he can kill both his nephew and the king of Israel he does it. Very clever.

2 Kings 9:22 And it came to pass, when Joram saw Jehu, that he said, Is it peace, Jehu? And he answered, What peace, so long as the whoredoms of thy mother Jezebel and her witchcrafts are so many?

Be strategic about WHEN you act (2 Kings 9)

Jehu writes to the people raising Ahab’s 70 sons and tells them to kill the kids and deliver their heads. Which they do. All that remained of the house of Ahab were slew in Jezreel. Jehu goes to Samaria and meets with the family of Ahaziah. He kills all 42  men. Jehu then goes to Samaria and asks to meet all the prophets of Baal saying, Ahab served Baal, but I shall serve him much more. He calls for a great feast and once all the worshippers of Baal are together, he kills them all.  The Lord promises Jehu that his children for four generations shall sit on the throne of Israel. Which is nice, but Jehu doesn’t walk with the low of the Lord God of Israel. So the Lord begins to give parts of Israel to others, like Hazael of Syria. Jehu reigns for 28 years.

Now that Jehu is king, he kills all his rivals including the family of Ahab, Ahazial and all the worshippers of Baal.

2 Kings 10:31 But Jehu took no heed to walk in the law of the Lord God of Israel with all his heart: for he departed not from the sins of Jeroboam, which made Israel to sin. (God chooses him specially and he STILL doesn’t do what God wants!)

2 Kings 10:1-7 – Jehu writes letters to the prominent men who are raising the sons of Ahab and they are so afraid of him, they kill their wards. It’s interesting how this plays out.

2 Kings 10:18-28 – the destruction of Baal from Israel.  Basically, he organizes a gathering so ALL the prophets and followers will be in the same place. And he performs a sacrifice. The house of Baal was filled from one end to the other. They killed everyone, destroyed all the images and vestments and turned the house of Baal into a draught house.

2 Kings 10:13,14 -  Jehu meets with the brethren of Ahaziah and takes them alive, slays them in the pit of a shearing house.

Even if you eliminate all your competition, your problems aren’t over (2 King 10)

This is a Humanist Bible Study. The purpose is to figure out what the morality of the Bible really is by reading the book as literature, not as a divinely inspired text.

What is Humanism? Humanism is a highly effective approach to human development. It is as much concerned with personal development as it is with social responsibility. It is probably the most humane and holistic approach to ethical philosophy humanity has ever devised.

You are welcome to participate and join in on the discussion. Please read the rules first and then join this blog.